My first Iftar: Our Garden at Clifton Road Mosque 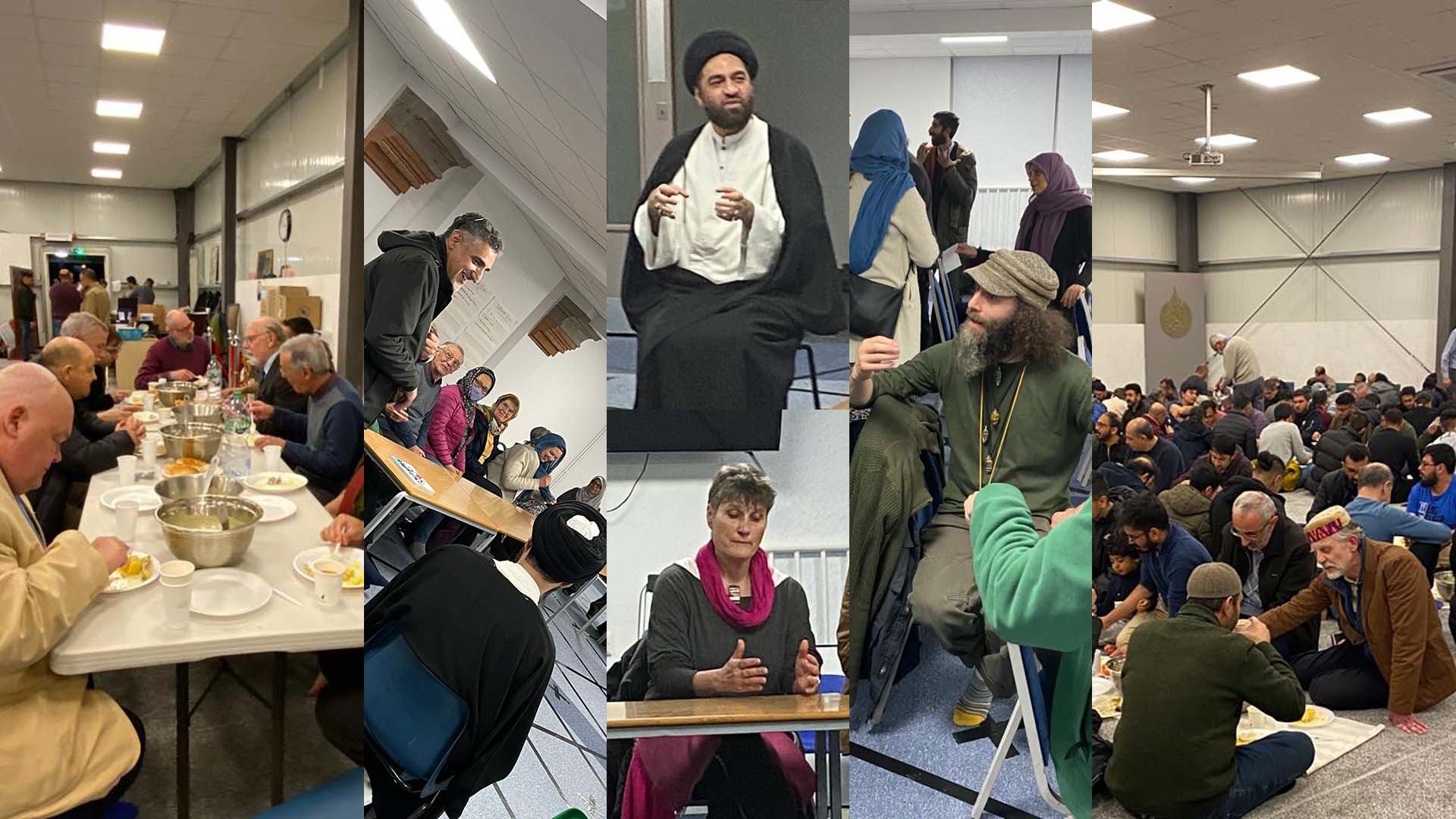 This week, I went to my very first Iftar – and the thing that struck me most was the carpet.

I am used to churches that are hundreds of years old with wooden pews and paved or tiled floors. It’s kind of expected that when you go to a church, you’ll be a bit cold and uncomfortable. So when the Clifton Road Mosque invited us to an Iftar in a temporary building (due to building work going taking place at their main site), I was all prepared to suffer…

An Iftar is the evening meal with which Muslims end their daily Ramadan fast at sunset. The Al-Abbas Islamic Centre on Clifton Road had invited guests to a special Iftar for the Earth, as part of the Our Garden – Sacred Spaces of Balsall Heath project. I hadn’t been to one before.

As I walked into the hall where the women gather to pray, I was struck by the warmth of the welcome and the thick pile carpet which was cosy and snug beneath my feet. Babies were crawling on it, children were playing on it and I sat on it, as warm and comfy as I was at home.

The carpet seemed to say: “Relax. Be yourself. Come as you are.” And so I did.

I found it easy to pray in such a space and even easier to eat the delicious meal that was served by the smiling hosts. They were delighted that I had fasted and treated us like minor celebrities. We could not have been made to feel more welcome.

After eating, we were given a special talk by Imam Maulana Syed Ali Raza Rizvi. Ali Raza Rizvi was born in Lahore, Pakistan, but raised in Birmingham. He’s now an international speaker and scholar so it was an honour to listen to him explaining fasting.

He talked about fasting as being an unusual spiritual practice because it’s private. Given that, I can see why it’s so good to meet in public to share the breaking of the fast – the personal challenge and the community solidarity is a powerful combination. The Christian season of Lent doesn’t really have that dimension and I kind of wish it did.

The Imam also talked about the earth and the idea, in Islam, that what you take from it, you give back; if you chop down a tree, you plant another. Again, I don’t think that we quite have that idea in Christianity. What a difference it would have made if we had all lived by the that principle when we set about extracting fossil fuels.

The next Iftar to which the Our Garden project is specially invited will be an Iftar under the Stars, hosted by the Hazrat Sultan Bahu Trust in Cannon Hill Park on Saturday 23 April. What will it be like when we swap the carpet for grass?