Our Garden launches with gift of trees from Chamberlain Highbury Trust 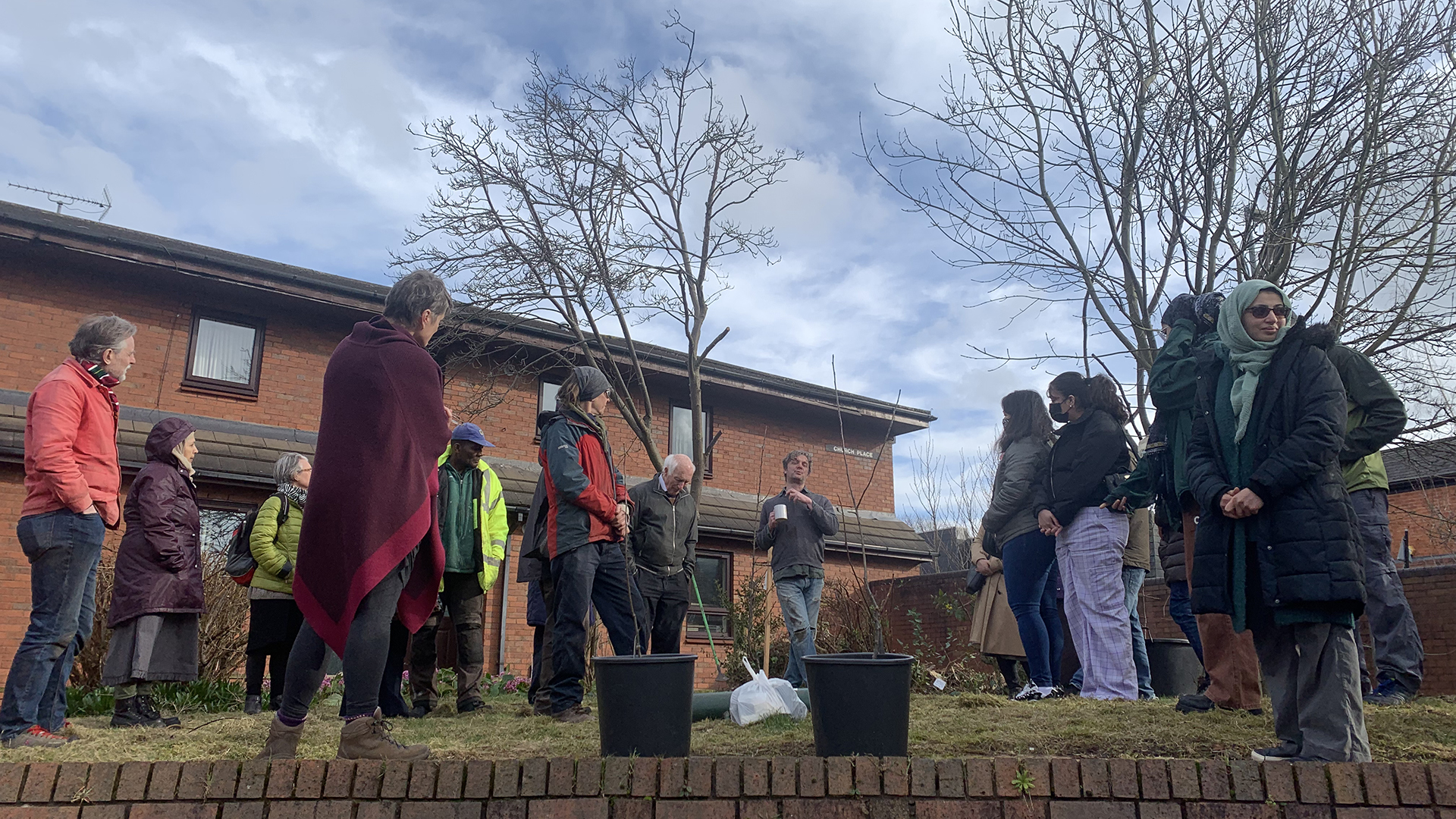 Our Garden – Sacred Spaces of Balsall Heath was launched in March with the gifting of trees from the Chamberlain Highbury Trust in Moseley.

As many as 50 of us came to the Balsall Heath Church Centre garden, where we blessed three trees, generously donated by the trust’s Derren Cresswell.

Over the last few years, the trust has been working alongside Rob Tillling, from Fruit and Nut village, to look after the fruit trees in the original kitchen garden of the Highbury Estate. The trees are getting quite old, so, through grafting, clones have been made, so they can live on.

Our Garden was delighted to be given three grafted trees from Chamberlain Highbury Trust as a sign of friendship and connection with our project.

Community engagement manager, Derren said: “We have recently received a National Lottery Heritage Fund development grant to aid restoration of the house and gardens. Part of our future vision (on top of restoring the house) is to be a place of education and inspiration of civic leadership. In a modern world, such leadership is collaborative and relies on working in partnership and also making sure we do this a way that includes everyone. We also have a focus on young people. That was the purpose, in many ways, of our donation of the trees. We hope it is the first step in a relationship with Our Garden – Sacred Spaces of Balsall Heath.”

Special thanks to Richard Tetlow, Abdullah Rehman, Rachel Pilkington and Shaheen Ahmed, who spoke at the occasion too.

Our Garden – Sacred Spaces of Balsall Heath, is a Creative City Project generously funded by Birmingham City Council programmed by the Birmingham 2022 Festival.

The community-led project is a joint initiative between Christians and Muslims in Balsall Heath, from the United Church of St Paul’s, Mary Street; the Hazrat Sultan Bahu Trust, Ombersley Road and the Al-Abbas Islamic Centre, Clifton Road. We are creating an artists’ map showing Balsall Heath as a place of nature and wildlife.